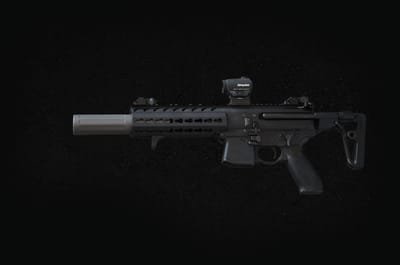 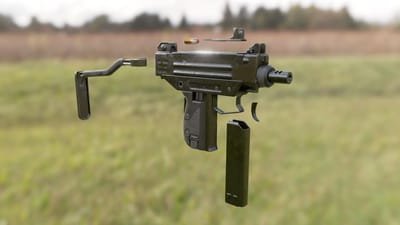 Suppressors (silencers), Automatic Firearms and Short Barreled Rifles and Shotguns CAN BE YOURS!

We make it easy for you to purchase the weapon of your choice.

Have you ever dreamed of owning your own suppressor (commonly misnamed "silencers" by the media and folks without much information on the subject)? Have you ever fantasized about collecting a fully automatic rifle or carbine?

Most people are not aware that it is common place for law abiding citizens to purchase and own suppressors and automatic weapons from the NFA (National Firearms Act List), as well as short barreled rifles and shotguns.

Since 1986, registered machine guns have never once declined in value. Can't say that about many other investments.

There has been a huge surge in the demand for suppressors for several reasons including the prevention of hearing loss, less noise pollution, varmint hunting and big game hunting. Wrenco Arms stocks some suppressors but also has access to most manufacturers in the suppressor industry. We also have the ability to broker or transfer machine guns or short barreled rifles whether they are pre 1986 or post business samples. Due to the fact that NFA (National Firearms Act) items are restricted, we will walk you through each step and assist in all paperwork related to the processing of these items.

It is easier than you may think. Yes, it takes longer and it is a bit more expensive, but we will help you through it all.

In 1909 and 1921 Hiram Maxim was issued patents for his "firearm silencer." It wasn't until between 1981-1983 that other patents were issued for products under the term "suppressors."

History of the NFA:

Before we dive into the NFA, we need to take a look at exactly why it exists. The National Firearms Act dates back to June 1934. The nation was in the middle of the great depression and dust bowl…bank robbers, bootleggers and gangsters were the talk of the town. While it’s easy to look back and assume that the hysteria was real, it was vastly overblown by an overdramatic media.

The gangsters of the era used a wide variety of weapons including machine guns, shotguns, handguns, semi-automatic rifles, and more. Machine guns like the Thompson SMG and BAR were used by famous bank robbers like Bonnie and Clyde and John Dillinger.

However, they weren’t common with your average criminal. They were too expensive, and they were often too big and heavy for most criminals. The legislature knew they could not outright ban the weapons, but they could apply stringent means of ownership. This included a registration scheme, a tax, and a load of paperwork to deal with. This effectively made these weapons inaccessible to anyone but the rich and connected.

The Firearm Owners Protection Act & Ban on new automatic firearms (Signed into law by President Ronald Reagan on May 19, 1986)

The Act also contained a provision that banned the sale of machine guns manufactured after the date of enactment to civilians, restricting sales of these weapons to the military and law enforcement. Thus, in the ensuing years, the more limited supply of these arms available to civilians has caused some increase in their price.

According to political scientist, Earl Kruschke: "Approximately 175,000 automatic firearms have been licensed by the Bureau of Alcohol, Tobacco, and Firearms (the federal agency responsible for administration of the law) and evidence suggests that none of these weapons has ever been used to commit a violent crime.”